Biology correspondent Boris Irish is a man of his word. As promised, his latest post is a who’s who of all things tardigrades. Two parts fascinating, one part bloody hilarious, Boris takes us on a riotous tour of arguably the most extreme extremophile. Enjoy!

Small, resilient and amazing. I know what you’re thinking… famed blogger and style icon Boris Irish, of course. (oh stop it [Boris blushes]). While that may be true, the subject of today’s post is tardigrades; possibly the hardiest creatures on this Earth. 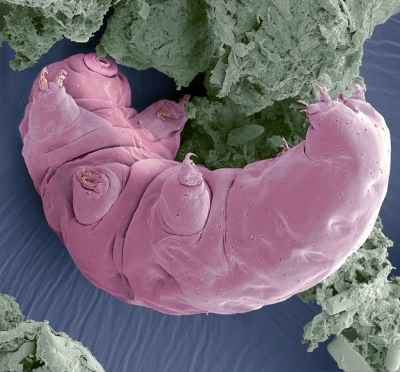 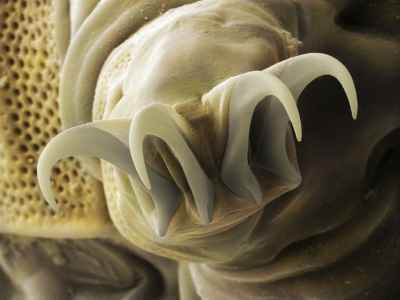 One of eight feet belonging to one ‘slow stepper’.

But, these animals are no strangers to harsh conditions. When faced with hostile conditions, tardigrades stop or slow their metabolism, entering a state known as cryptobiosis. More on that later.

Tardigrades have the ability to shed their skin. So, they have been placed within the superphylum Ecdysozoa (Ek-Di-So-Zo-A) along with arthropods and roundworms. By shedding their skin, tardigrades give themselves more room to grow and lay their eggs. When infants hatch, it has every one of its cells; to grow, its cells will simply get bigger, not divide.

They feed mainly on algae, inverting their throat to suck up individual cells or pierce through the cell membrane and wall of plant or animal cells. (don’t worry not your cells). Some feed on other poor tardigrades. (it truly is a tardigrade-eat-tardigrade world out there). Though that doesn’t really have the same ring to it. Their bodies are simple, short and fat. Plus, they have eight legs, each with claws or suction cups attache. But, this has not hindered the tardigrades’ ability to survive all five mass extinctions throughout Earth’s history. 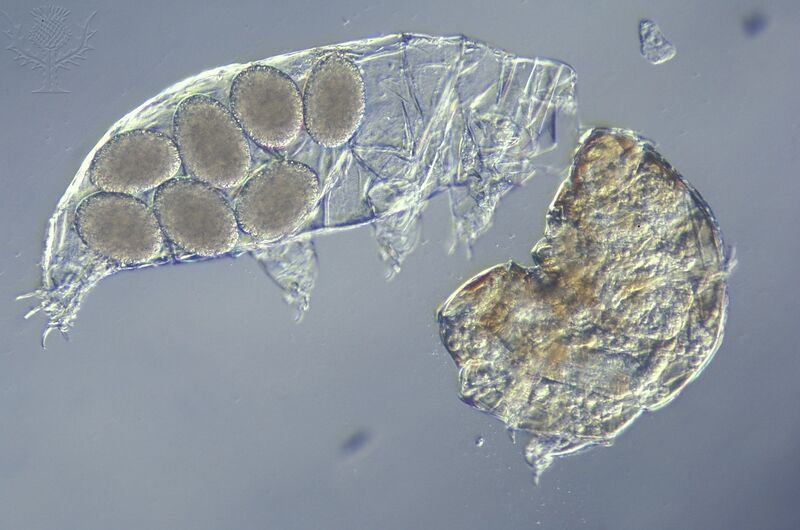 An adult tardigrade leaves behind its eggs in its old skin. 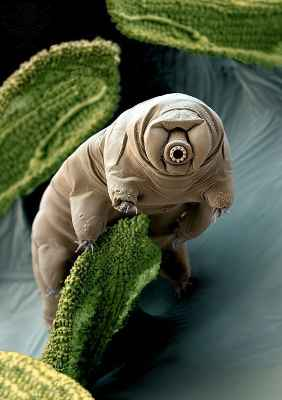 How have these animals been able to survive more than 450 million years?

It’s partly due to their ability to enter a state of cryptobiosis and withstand the harshest conditions. Under study, one species endured temperatures of 1 Kelvin for several minutes; one at 151 Centigrade for the same amount of time; another at 6000 atmospheres of pressure; a further surviving impacts of almost 900 m/s; another going 10 years without water and yet another species surviving 5000 Grays of gamma rays, when 10 would kill a human.

When faced with these conditions, tardigrades shed almost all of the water contained in their bodies, entering the so-called ‘tun’ state. In this ‘tun’, the tardigrade does not move, it does not eat, it barely lives. The organism will stay desiccated until it comes back into contact with water at survivable conditions. This ability to enter a form of biological stasis, to stop its clock essentially and wait out the harsh conditions is remarkable. 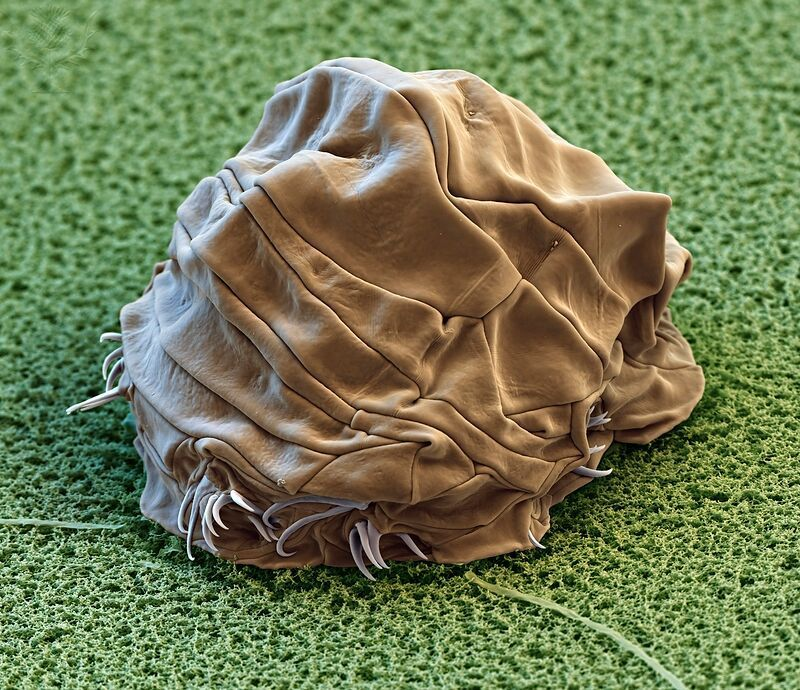 A tardigrade in a ‘tun’, note the shriveled body shape due to the loss of water.

These fascinating creatures can truly be an inspiration to us all, when the going gets tough, sometimes you have to take five minutes, relax and keep going. They can be found in almost every moist environment, be it the Himalayas, the bottom of the ocean, Antarctica and even the moss on the pavement. Remember, you’re never too far away from a tardigrade.

Thank you very much for reading, and keep an eye out for more exciting articles!

Theme by Anders Norén — Up ↑